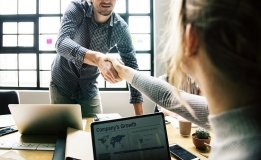 An liquified natural gas (LNG) supply deal has been agreed between Norway's Equinor and partnership Gas4Sea to supply four of the former's shuttle tankers in the Dutch port of Rotterdam.

Gas4Sea comprises Engie, Mitsubishi Corporation and NYK and was formed to promote the take up of natural gas as marine fuel.