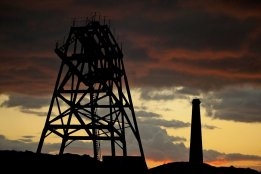 OPEC sees oil remaining dominant in the bunker industry in the first half of this century. File Image / Pixabay

Zero-carbon fuels are likely to have little in the way of 'material impact' on oil-based bunker demand over the next 25 years, according to OPEC.

The crude producer coalition made this prediction in the latest edition of its World Oil Outlook 2025 report, released this week.

"Other alternatives include the use of hydrogen, ammonia and electricity as energy sources for maritime transport," the organisation wrote in the report.

"Prototype vessels for each of these alternative powertrains exist already, demonstrating their advantages, but clearly also disadvantages.

"Given the relatively slow vessel turnover in the shipping industry and lack of necessary infrastructure required for the widespread use of any of these alternative powertrains, it is very unlikely that they will have a material impact on marine bunker demand during the forecast period."

This forecast is unlikely to be compatible with the International Maritime Organization's strategy of halving the shipping industry's greenhouse gas emissions from 2008's levels by 2050.

The smaller scale of the US Gulf market compared with Singapore makes the practice less viable there.

Over the longer term the company is exploring the viability of hydrogen-based fuels.