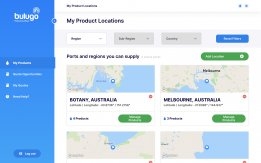 An online bunker platform focussing on price has been launched to coincide with the start of International Petroleum Week.

For buyers, "searching an online database of potential suppliers across several criteria" will see a reduction in "the time and cost involved in sourcing fuel and lubricants".

From the suppliers' point-of-view, the platform extends customer reach.

"Fuel suppliers will benefit by tapping into a wider pool of customers, including those that would previously only have been accessible through expensive analogue legwork."

The team behind the platform has wide oil industry experience. Adrian Phillimore and Grant Norton have 30 and 25 years in the industry respectively, both on the sales side with Norton recently with the former BP joint-venture, Vivergo Fuels. Technical director Peter Rossi worked with Castrol Marine, according to the statement.

Initial funding for the platform, which can be found at bulugo.com, came from the management team.

The extent of the impact in the second quarter will depend on the rate of recovery in Asia, the spread of the virus and the reaction in the global economy, the company said.