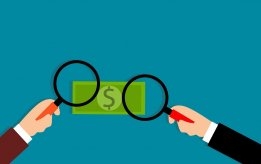 Several of the legal cases following OW Bunker's collapse have not yet been resolved. File Image / Pixabay

The Danish authorities have fined two auditors from accountancy firm Deloitte over their work on OW Bunker's accounts before its collapse in 2014.

The Board of Auditors has fined the two Deloitte employees 100,000 Danish kroner ($16,000) each, local newspaper Finans reported this week.

OW Bunker was one of the world's largest bunker traders before its collapse in 2014, and had been valued at $1 billion just a few months previously. The bankruptcy came at the crest of a wave of consolidation hitting the bunker industry, along with that year's sharp drop in crude prices and a tightening of credit conditions.

A series of legal cases followed the company's collapse, several of which have still not yet been resolved.

HSFO Now Takes Up Quarter of Bunker Demand in Singapore

Rising HSFO sales in Singapore may be a sign of other ports no longer offering the product.