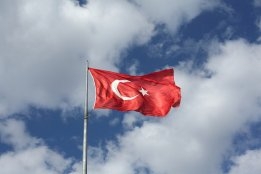 Protection and indemnity club Gard has warned its members of a case in Turkey where a vessel was detained for undeclared fuel oil volumes on board.

Turkish customs officials boarded the ship at one of the country's ports to search for illegal and prohibited goods, and detained the vessel when they discovered it was carrying about 85 mt more fuel oil than its declared quantity, Gard said in a note posted on its website last week.

The authorities subsequently required the ship to discharge the excess fuel oil.

"While the case described above has not yet been settled, its course of events is reportedly not uncommon," Gard said.

"According to our local correspondents in Turkey, the trend of unannounced customs inspections, including scrutiny of the fuel oil remaining onboard, has increased in the recent months.

"Masters of ships calling Turkish ports are therefore advised to be particularly vigilant and attentive when filling in the customs declaration."

The shipments are scheduled to begin in 2023, with one ship departing per month.