ISTANBULBUNKER2020 Group to Use BIMCO Bunker Terms for All Deliveries 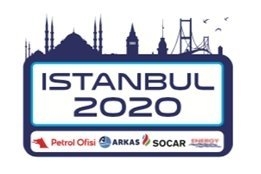 The Istanbulbunker2020 group of Turkish bunker suppliers has announced it is applying the BIMCO Bunker Terms 2018 with Annex Istanbul for all bunkers supplies by its members from October 15,  2019.

As previously announced in Ship & Bunker, Istanbulbunker2020 was formed under the Turkish Chamber of Shipping by leading Turkish Bunker Suppliers Arkas Bunker, Energy Petrol, Petrol Ofisi, and Socar, and now includes the recently joined Unerco. The group will use the BIMCO Bunker Terms 2018 Annex İstanbul for supplies in Turkish ports.

"We aim to standardize the market and protect both parties while enabling them to avoid confusing applications during and after bunker supplies. The terms are now very clear and equal for everybody" an Istanbulbunker2020 spokesman told Ship & Bunker.

"Istanbul is known as by far the most active supply port in the area, supplying some 12,000 ships per year with about 3 million tonnes of bunkerfuel, as per EPDK (EMRA - Energy Markets Regulatory Authority) reports."