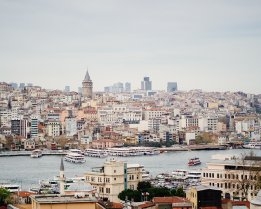 A Turkish shipping company has received design approval in principle (AiP) from class society RINA for a methanol, dual-fuel tugboat..

The tugboat design is from Med Marine. The company is a shipbuilder as well as  a tug operator in Istanbul, the country's biggest port.

Methanol is one of a number of alternative marine fuels making inroads into the conventional oil-derived bunker fuel market.

"This alternative fuel is gaining increasing attention and will be part of the mix to achieve IMO's targets and possibly develop zero carbon vessels," said Konstantinos Papalexopoulos, who covers the southern European area for marine at RINA.

The tug boat's gross tonnage is 390 gt and its engine power is stated as 1,335KW, according to RINA.

The company is looking for candidates with excellent English and at least three years of customer-focused maritime or bunker-industry experience.