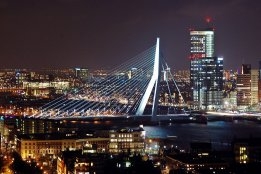 The latest data from the Port of Rotterdam Authority show total sales for the period excluding lubes was 2,232,278 m3, down 5% on the period in 2018.

The performance means distillates made up 19.25% of sales - the highest proportion since recent records begin in 2013.