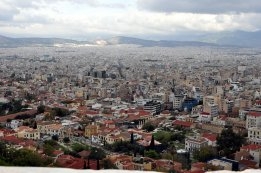 Bunker trading company Aurora Marine Fuels has expanded its operations and opened an office in Athens.

John Malyan has joined the company as a senior bunker trader in the Greek capital this month, a company representative told Ship & Bunker Wednesday.

Malyan was previously a trader in Greece working for Cockett Marine.

Aurora Marine Fuels was founded by Daniel Cheverall, David Raeburn and Sam Groves in October 2019 with the aim of building a worldwide bunker trading company, in addition to servicing the bunker requirements of their parent company Borealis Maritime Ltd.

John Malyan can be contacted at athens@auroramarinefuels.com.

By ten private- and public-sector partners.