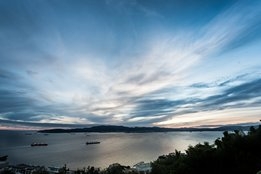 Cepsa has officially commenced supply of its IMO2020 grade bunkers.

In a press release issued today, the Spanish refiner says its 0.50% sulfur VSLFO "complies with the general requirements of Clause 5 of ISO 8217: 2017 as per the characteristics and limits of an RMG 380 but with a maximum sulfur content of 0.5%."

Produced in CEPSAs refineries, stability tests after 60 days were said to have concluded with "excellent results".

Initial tests of the new fuel were carried out as early as May, involving nine vessels in the Port of Algeciras, Spain.

Supply will be at a minimum of the main ports where CEPSA currently operates with product also distributed as per demand dictates, it said.

Alongside the launch of the new fuel CEPSA is also supplying its new Gavia 4050 and Larus 2040 lubricants.

Gavia 4050 has been developed for lubrication of cylinders of slow marine two-stroke engines, while Larus 2040 has been designed for four-stroke marine diesel engines.

The Marshall Islands and Solomon Islands proposal will now be discussed at the next session of the IMO's GHG working group in October.

Analyst argue about what's in store for the market.

The company has chartered the two ferries from Stena RoRo on a ten-year agreement, with a purchase option after four years.