UK: Five Ships Detained by Authorities in May 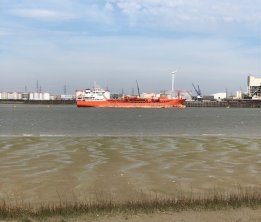 Two ships with malfuctioning oil filtering equipment were detained by the UK maritime authorities in May.

Cruise ship Ambience was found to have inoperative oil filter equipment while its ballast, fuel and other tanks were not as required, the Maritime Coastguard Agency reported.

The other ship, Ocean Atlantic,operated by Cruise Management International, was found to have a number of deficiencies including inoperative oil filtering equipment, according to the agency.

Both ships were released at the end of the month.

All in all, last month saw five new ship detentions of foreign-flagged vessels in UK ports. Ships still held from previous detentions include the Russia-flagged Tecoil Polaris which was first detained in 2018.

There were six detentions in April including two ferries operated by P&O Ferries.

The ferry company caused a political row when it sacked its UK seafarers to replace them with agency staff.

If Maersk needs to increase its fleet size to make up for lost capacity from the agreement, it could accelerate its shift to methanol-fuelled boxships.

Moves chimes with analyst view of the pattern of development for the alternative bunker fuel.