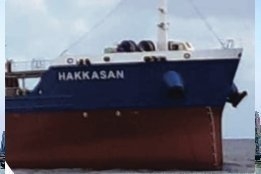 Stonewin says its supply of 0.50% sulfur bunkers is taking shape in Port Louis, Mauritius, and it will have avails for spot supply from October 15.

The move adds to its offering of the low sulfur material on contract terms and follows what it says is growing demand and more firm inquiries for IMO2020 grade product.

Among the term deals already placed are one for a container line set to commence November 1, the supplier told Ship & Bunker.

Highlighting the recent uptick in demand for VLSFO, Stonewin says that in the coming week alone they will supply a LNG vessel and two Bulk Carriers.

As for the specifics of its product, the firm says it committed a long term VLSFO supply deal with Shell and will have constant avails of the product for spot deals in Port Louis from October 15 onwards.

"Stonewin will provide guidelines on how to treat and burn the fuel to avoid any complications," a spokesperson for the supplier added.

Stonewin uses the 2008-built Hakkasan for delivery and notes it supplies VLSFO through the clean manifold to avoid any contamination with HSFO.

OOMCO aiming to be among the top fuel bunker suppliers in the GCC by 2027.

150 more containerships were fitted with scrubbers this year taking the total to 850.