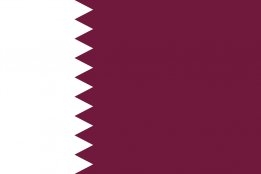 Diplomatic relations between Qatar and Saudi Arabia, the UAE, Bahrain and Egypt were restored in January. File Image / Pixabay

Energy company Uniper is 'pessimistic' about the possibility of Qatargas vessels resuming bunkering at Fujairah after recent diplomatic breakthroughs in the Middle East.

Diplomatic relations between Qatar and Saudi Arabia, the UAE, Bahrain and Egypt were restored in January, ending a three-year embargo against Qatar that had seen its ships avoid UAE ports. A local market source told Ship & Bunker at the time that the development could bring back 180,000-220,000 mt/month of bunker demand to Fujairah if Qatargas ships resumed bunkering there.

"There would have been the opportunity for those ships to return, and they haven't so far.

"You don't know if this comes -- at the moment, I'm rather pessimistic about it."

Vessel is controlled by Chinese interests.

"We haven't seen that at all so far."