UK Firm to Develop Hydrogen Fuel Cells for Marine use 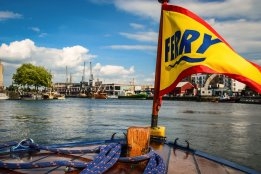 A UK-based company is developing hydrogen-powered fuel cells for use by ships.

The company, Auriga Energy, is behind a small hydrogen-powered ferry operating at the port of Bristol in the UK's southwest.

The system in development is modular and can be applied to ships of any size, according to technology news provider Hydrogen News.

According to Auriga's chief executive and founder Jas Singh, the company is working on a 10kW unit with the biggest, single, power unit at 50kW.

For power, a ship would use multiple cells of different capacity, Singh was reported as saying.

Lack of the necessary fuelling infrastructure at departure and arrival points is a constraint on hydrogen's development as an alternative marine fuel.  But the source of energy has been shown to work for local shipping, such as ferries, plying fixed routes, he said.

Marfin Management aims to use the service to manage its compliance with IMO 2020.