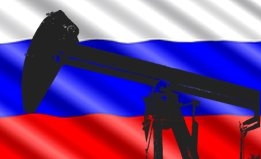 The new tech is claimed to increase oil production by between 1.7 and 6 times. File Image / Pixabay

With rampant over-production still dominating the oil industry, Russia now claims to have invented an alternative to fracking that is far more efficient in terms of producing volumes of product, according to a report by Business Insider.

Russia's news agency RIA Novosti stated that a technology for thermo-chemical gas fracturing has been developed that could increase oil production by between 1.7 and 6 times; unlike hydraulic fracturing, thermo-chemical creates chemical reactions in strata containing oil, resulting in the emission of heat and gas that makes extraction easier.

The main component in this process is reportedly ammonium nitrate, more commonly used as fertilizer.

The improved well productivity effect lasts between 300 and 1,000 days

Professor Konstantin Fedorov, director of the Institute of Physics and Technology at the University of Tyumen, went on record as stating that the improved well productivity effect lasts between 300 and 1,000 days, and that some scientists have seen tests with production increases of 10 to 20 times.

The first testing of the technology at operational wells will begin in September at one of Rosneft's subsidiaries.

Presumably, if the technology proves to be feasible in practice, it will go a long way in maintaining Russia's status as the world's largest oil producer, which it achieved in June according to the Joint Organizations Data Initiative.

JODI figures show that Russia produced 10.36 million barrels per day (bpd) during the month, while Saudi Arabia pumped slightly above 10 million bpd; the volume of Russian production increased by 0.47 percent comparison to May, while Saudi Arabia saw a 1.92 percent growth.

The report also noted that Saudi crude stockpiles stood at 256.6 million barrels, the lowest since January 2012, and this supported a remark made by Amrita Sen, chief oil market analyst at Energy Aspects, that "It is clear the rebalancing process is in full swing, we are drawing down stockpiles everywhere."

Still, Russia's claim to thermo-chemical fracking could quickly render that statement short-lived, on the heels of persistent overproduction that recently caused Neil Atkinson, head of the oil markets and industry division of the International Energy Agency, to remark that if the Organization of the Petroleum Exporting Countries "wishes to achieve the reduction of oil stocks down to the five-year average, they're going to have to dig in for the long haul."