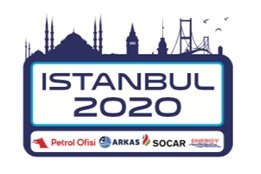 The İSTANBULBUNKER2020 group has been formed by leading Turkish bunker suppliers Arkas Bunker, Energy Petrol, Petrol Ofisi and Socar Turkey under the Turkish Chamber of Shipping who is the most effecting semi-official body in Turkish shipping with 10,000 members from all segments including shipowners, suppliers and market participants.

The aim of the group is to come together and prepare the industry for IMO2020. The Group has been working intensively during the last 18 months visiting all stake holders including ministries, customs, oil authority, port authorities and all related parties. The Group's first international activity was to join the IBIA Convention in Copenhagen in 2018 and made a joint presentation declaring Istanbul ready at early stage. In this concern the Group also arranged two seminars under the Turkish Chamber of Shipping, in January and May 2019 which were the most attended events of the industry in Turkey.

The Group then become a Golden Sponsor for the 2019 IBIA Annual Convention taking place in Istanbul during 22-24 October at the country's most prestigious location, Çırağan Palace.

"Istanbul is the most important supply centre in the area with 3 million metric tonnes of bunker sales and some 10,000 bunker supplies per year, so its doubtless we keep our position and provide all grades in Istanbul including LSFO 0.5%, HSFO 3.5% and gasoil.”

The Group has also recently confirmed it will use the BIMCO Bunker Terms 2018 with Annex İSTANBUL which will increase countries high standards, reliable bunkering services, and make the market very transparent, equal, and fair for all bunker buyers, sellers, and suppliers.

Group members invite all in the industry to join the IBIA convention in the magnificent city of Istanbul for this event on the Bosphorus; pearl of the world. We look forward to seeing all stake holders for a wonderful program.

ZenRock Commidities and Winson Group both published statements Thursday saying their financial positions were sound and they do not have any open-account dealings with Hin Leong.