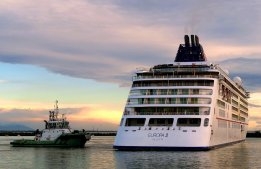 The low sulfur bunker fuel era started with the International Maritime Organisation agreement on a global 0.5% sulfur cap for bunker fuel. The phrase multi-fuel market describes the new dynamic market on the supply side of the bunker equation no longer dominated by one grade of fuel.

But veteran maritime journalist Michael Grey, an ex-mariner himself, has noted another phenomenon associated with the rise of low sulfur marine fuels.

Writing in maritime news website Lloyd's List, Grey said:  "Ask any pilot who is working in low-sulphur areas and they will tell you of engines misfiring, losing power or generally misbehaving, invariably at some moment crucial to manoeuvring in confined waters, all of which is attributed to 'fuel problems'.

"You might suggest that these are just teething problems and when engineers have adjusted their arrangements to more regularly de-wax their injectors or tune their engines to the new fuel dispensation, all will settle down.

"Except that these 'fuel problems' have been now happening with unvarying regularity for the last five or six years, since low-sulphur fuels came on the scene."

Grey is doubtful that the situation will resolve itself. If anything, he believes things will get worse.

"There is no doubt about it — these problems will only proliferate as the demand for various formulations of ultra-low sulphur fuels grows."

The global sulfur cap for bunker fuel comes into force from the start of next year. All ships must comply with the regulation unless they the necessary equipment onboard to remove sulfur from the ship's exhaust. Ship found to be flauting the rule could face fines.