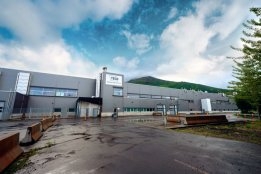 A Norwegian company focused on marine innovation has got a tax boost from the Norwegian government.

Teco 2030 will get NOK5.4 million ($0.6m) in tax relief via a government fund used to support research and development.

The company is to start producing hydrogen fuel cells at a new combined innovation centre and factory in Narvik in northern Norway.

Pilot production of the fuel cells is set to start in the second half of next year, according to the company.

Earlier this year, Teco 2030 said that it had undertaken a feasibility and concept study for marine fuel cells with Austrian firm AVL List.

The system's building block is the Gen0 fuel cell stack, developed by the company.

Oil Rises As All Eyes On Washington Following OPEC Rebuff

But one trader says the U.S.'s SPR solution won't do much to lower pump prices.

Euronav Suggests Shipping Industry Could Leave IMO Behind on Decarbonisation

In a LinkedIn post on Monday Hugo De Stoop, CEO of Euronav, expressed his disappointment at the slow progress at the IMO.