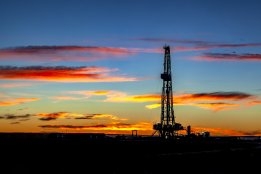 Crude oil output from the members of the Organization of Petroleum Exporting Countries (OPEC) dropped to the lowest level since the Gulf War last month, according to news agency Bloomberg.

OPEC members cut their production by 1.93 million bl/day from the previous month to 22.69 million bl/day in June, the least since May 1991, Bloomberg said in its monthly survey Wednesday.

A falling-out between Saudi Arabia and Russia in March over production cuts helped to drive this year's collapse in crude prices, as the two countries rushed to increase production and take more market share even as the COVID-19 pandemic slashed demand.

Renewed cooperation since April has helped raise prices, but they remain a long way below last year's levels.

The companies previously worked together on Japan's first gas-powered ship in 2015, the tugboat Sakigake.