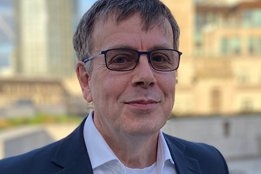 Lamerton, who has been in the bunker industry since the 80's and was a founding member of IBIA, is perhaps best known for having spent over two decades at Davies & Newman Wake / KPI Bridge Oil.

He joins LQM as Sales Manager.

Matthew Pilgrim, who has spent over seven years with OceanConnect Marine in London before joining SingFuels in May, moves to LQM as Senior Broker/Trader.

James 'JD' Hoffman, a former Chief Mate for Crowley and Noble Drilling in addition to industry experience with OceanConnect Marine and most recently Integr8, joins LQM as Broker/Trader.

Alice Todd joins as Junior Broker/Trader having recently graduated from her Business and Management degree at Oxford Brookes University.

"I am delighted that we have been able to assemble such a fantastic team in London so quickly," said Rose, who himself was only named as LQM's new CEO in October.

"They all offer different strengths and help to underpin our unique value proposition as we expand our operations to meet the 2020 challenge."

LQM also has offices in Connecticut, Texas and Paris.

"We are looking to add more experienced staff in the Americas and we intend to open two new locations before the end of 2020," he added.

Contact details for the new London team are as follows: