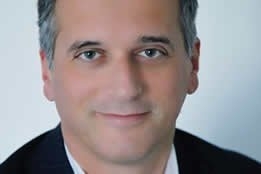 In May of 2016, the European Sea Ports Organisation (ESPO) ranked ship and port waste as a 'top ten' environmental priority. Although some progress has been made regarding the uptake of sustainable slops disposal solutions, there is still a long way to go before the issue is resolved, and Ecoslops expects to see the same concerns ranked in the top ten in 2017.

According to the United Nations Environment Programme (UNEP), estimates of illegal slops disposal reach at least 3,000 incidents per year in European waters alone. There can be no doubt that the global figure would be significantly higher.

Within the last few weeks, a well-known company pleaded guilty to seven felony charges, and has been fined over USD$40 million for polluting the ocean.

Recent high profile examples in the media demonstrate the prevalence of this issue. Within the last few weeks, a well-known company pleaded guilty to seven felony charges, and has been fined over USD$40 million for polluting the ocean. This is a significant price to pay, particularly at a time of heightened economic and commercial pressure within the industry. These large scale, heavily polluting cases of oil spills are well documented, but it is the smaller spills, often going under the radar, which are causing unknown damage.

Slops and sludges are a hydrocarbon-rich industrial waste, produced in various parts of a ship's operations, including tank cleaning, purifying fuels and using ballast water. They are an unavoidable waste project of all voyages. The volume of slops and sludges a vessel produces depends on its operations, the size of the vessel, its maintenance and age, as well as various other factors.

This waste material is considerable: the global fleet uses an estimated 400 million tonnes of fuel oil to function every year. This results in tens of millions of tonnes of slops being generated on an annual basis, all of which needs to be disposed of in line with strict regulations, to ensure minimal impact on the environment.

Crucially, there is also now a significant build-up of slops in ports with many port authorities not having the adequate reception or collection facilities to manage them, and tanks are becoming physically full.

Disposing of slops sustainably has not been without its challenges. The recent low cost of crude oil has encouraged markets such as the construction sector – a traditionally reliable market for slops collectors to sell to - to invest in purer, virgin fuels. Without this channel, disposing of slops has become more difficult and more expensive.  Crucially, there is also now a significant build-up of slops in ports with many port authorities not having the adequate reception or collection facilities to manage them, and tanks are becoming physically full. The situation is interrupting shipping operations in ports, causing downtime, as well as creating environmental and sustainability issues within local port areas and communities.

To provide a viable solution to this mounting issue, Ecoslops has developed a unique technology to sustainably regenerate slops into valuable new fuels and light bitumen, which can be sold back into the market, creating a sustainable cycle.

This technology provides a solution at every level of the slops disposal chain. It helps ports to improve their sustainability profile, reduce the environmental impact within their local community, as well as enhance their competitiveness and reputation. As the waste from the vessels is being appropriately treated, and at a good price, ship owners can also improve their reputation by creating a sustainability cycle for their slops with the regenerated product being sold back into the market. Traditional slops collectors also benefit, as Ecoslops purchases the product at a fair price, and alleviates the pressures on storage capacity.

2016 has seen a number of high profile cases of illegal slops dumping.

Over 17,000 tonnes of slops have been successfully regenerated into fuel oil and sold back into the fuel supply chain since Ecoslops' first micro-refinery in the Port of Sinès commenced industrial production in 2015. Ecoslops has also announced that it is on track to meet its annual target of producing at least 30,000 tonnes of regenerated slops in 2017 from the Port of Sinès.

In September 2016, Ecoslops signed a Memorandum of Understanding with Total, the international oil and gas company, to establish a slops processing plant within the refinery in La Mede, Marseille, further validating the viability of the technology and Ecoslops' business model. The aim of this unit will be to process slops unloaded in the Port of Marseille and neighboring ports. In conjunction with this, Ecoslops has continued to develop other projects, particularly in Northern Europe, and is reiterating its objective of signing deals for three new sites by the end of 2017.

2016 has seen a number of high profile cases of illegal slops dumping. While the fines will hopefully act as a deterrent, it would be naïve to believe that no companies will take the same risks in 2017. With continued low crude prices, the sustainable disposal of slops will continue to remain a challenge in the New Year. In order to tackle it, the industry needs to embrace the sustainability initiatives that are already available. As with many sustainability initiatives within the industry, technology and innovation hold the key. Ecoslops' solution is proven and already delivering multiple benefits to all stakeholders within the slops chain.

Mr. Vincent Favier has been heavily involved Ecoslops since its inception, bringing with him an in-depth knowledge of the industry before becoming CEO of Ecoslops in 2015. Before joining Ecoslops, Mr Favier had been in charge of investments for Tikehau Capital Advisors for two years and has a solid experience in renewable energies, infrastructure projects and building up new businesses. Having graduated from HEC Paris and l’École Centrale de Lyon, he began his career in strategy consulting at Oliver Wyman, where he remained until 1999. Mr. Favier joined Tikehau Capital Advisors in 2013 and became a Director of Investments and Equity Interests and Investment Director there.