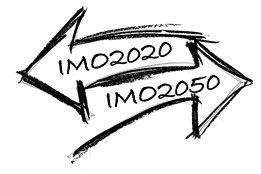 The stated and agreed objective of the UN Framework Convention on Climate Change (UNFCCC) is to reduce greenhouse gas emissions to prevent dangerous levels of human interference with the climate system.  Each year, signatories to the Convention meet to advance that objective and to discuss and adopt measures to address climate change and its impacts on our society.

The Conference of Parties (COP) 21 was held in Paris between 30 November and 12 December 2015. It was during COP 21 that the Paris Agreement was negotiated. The central aim of the Paris Agreement is to strengthen the global response to the threat of climate change by keeping a global temperature rise this century well below 2 degrees Celsius above pre-industrial levels and to pursue efforts to limit the temperature increase even further to 1.5 degrees Celsius. Additionally, the agreement aims to strengthen the ability of countries to deal with the impacts of climate change.

The Paris Agreement entered into force on 4 November 2016, thirty days after the date on which at least 55 Parties to the Convention accounting in total for at least an estimated 55% of the total global greenhouse gas emissions have deposited their instruments of ratification, acceptance, approval or accession with the Depositary.

The shipping and aviation industries have both been specifically excluded from any negotiations at UNFCCC on the understanding that each industry will act through their own regulatory bodies. For shipping that body is the International Maritime Organization (IMO).

IMO met for the Marine Environment Protection Committee (MEPC), 72nd session, 9 - 13 April 2018. It was during this meeting that MEPC adopted an initial strategy on the reduction of GHG emissions from ships, setting out a vision to reduce GHG emissions from international shipping.

The official statement from IMO says the following; - "The vision confirms IMO's commitment to reducing GHG emissions from international shipping and, as a matter of urgency, aims to phase them out as soon as possible in this century. More specifically, under the identified "levels of ambition", the initial strategy envisages for the first time a reduction in total GHG emissions from international shipping which, it says, should peak as soon as possible and to reduce the total annual GHG emissions by at least 50% by 2050 compared to 2008, while, at the same time, pursuing efforts towards phasing them out entirely."

It was approximately 18 months earlier that MEPC held its 70th session, 24 – 28 October 2016 at which they agreed what is now being referred to as IMO 2020.  IMO's website states: - "In a landmark decision for both the environment and human health, 1 January 2020 was confirmed as the implementation date for a significant reduction in the sulphur content of the fuel oil used by ships. The decision to implement a global sulphur cap of 0.50% m/m (mass/mass) in 2020 represents a significant cut from the 3.5% m/m global limit currently in place and demonstrates a clear commitment by IMO to ensuring shipping meets its environmental obligations."

When looked at in isolation these two decisions appear to be a great leap forward for both the world in general and for human health. However, they will have a massive impact on the shipping industry one which needs urgent attention.

I have been involved in the shipping industry for more than 30 years. I know that the way the industry works is to look for short term fixes to get around a "problem". I hope that this time we take a different approach.

At this time most of the attention is focussed on IMO 2020 how are ships going to comply with the global cap for sulfur being reduced to 0.5% m/m. One method of compliance that has gained a significant amount of support is Liquefied Natural Gas (LNG). LNG is a fantastic solution for sulfur compliance. It has virtually no sulfur whatsoever in it and on top of that is also has a positive effect on the nitrogen oxides produced during combustion. LNG contains less energy per tonne and so ships will need to burn almost twice as much LNG than they currently burn Heavy Fuel Oil (HFO). Ships will therefore either need to carry more fuel or take on fuel more frequently.

SEA/LNG who are the main advocacy group promoting LNG as a ships fuel states on its website "Utilising best practices and appropriate technologies to minimise methane leakage, realistic reductions of GHG by 10-20% are achievable (using LNG as a ships fuel)." Herein lies the problem 10-20% is not good enough. There currently does not exist an infrastructure to support LNG bunkering. For that infrastructure to exist it is going to cost millions if not billions of dollars. People are now starting to come forward and voice their concerns about LNG. In 2016, in an interview in Ship & Bunker Dr Michael Traut, Research Associate at the Tyndall Centre, University of Manchester discounted LNG as a future ships fuel because "the CO2 emissions reduction is actually pretty small to non-existent when you look at the whole lifecycle". Dr Tristan Smith writing in Splash 24/7 in April 2018 referred to LNG bunkering as "a massive red herring" for the same reason – poor performance on Greenhouse Gases (GHG). He said, "To choose LNG bunkers is to bet against COP 21."

I believe that shipping needs to start to really think ahead. We need to be investing in research into fuels that can get shipping to the targets set by IMO. Fuels like hydrogen, methanol or ammonia can achieve those targets. SEA/LNG correctly state that those technologies are not fully developed for the shipping industry. Let's do something about it and invest wisely in technology that can get the shipping industry beyond 2050. Why are we as an industry investing so much in a fuel which will result in assets being stranded when we focus on our true goals? It is time for the shipping industry to step up and lead the way instead of being dragged kicking and screaming always looking for a way round regulations.

Ian Adams is the Managing Director of IMA Marine a consultancy specialising in bunker fuels. Services offered include advising on purchasing policy, training, and provision of expert witness. Adams was the secretary general/CEO of the International Bunker Industry Association (IBIA) between 2001-11. He holds the Cardiff University Bond Solon Civil Expert Certificate.

Assuming a proposal is accepted at IMO two years earlier.