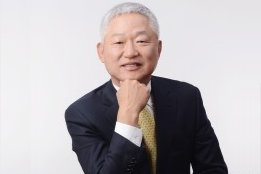 SI Shim, hailed as one of the most highly respected and most knowledgeable professionals within our industry. Image Credit: SI Shim / OceanConnect / KPI OceanConnect

Industry veteran S.I. Shim has announced his retirement and left his role at the recently formed KPI OceanConnect effective November 29, 2020.

With over 36 years in the industry, Shim has spent the last 18 years at OceanConnect, initially as its Director for Asia and from 2011 as its Global Managing Director.

OceanConnect, ranked eighth on the Ship & Bunker / SeaCred list of Top 10 Bunker Companies for 2020, has been a pioneer in the digital bunkering space and operates the world's most established online bunker purchase platform, AuctionConnect, that has been serving customers since 2000.

In August OceanConnect was acquired by KPI Bridge Oil, from which time Shim has acted as head of Asia for the newly formed KPI OceanConnect.

"For me personally, I can humbly say that I have had the privilege in a short time to get to know and work together with one of the most highly respected and most knowledgeable professionals within our industry.

"S. I.’s vision has been crucial in developing OceanConnect Marine into one of the industry’s most well-known and reputable brands.”

"Although prices are currently very high, it will not affect the business case for LNG-fueled vessels," Titan LNG's Flip Dankelman told Ship & Bunker.

Galveston Wharves has signed a memorandum of understanding with gas company Stabilis Solutions to facilitate the use of LNG bunkers at the port.