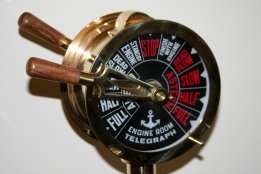 Being prepared for IMO 2020, a theme warmed to at the International Bunker Industry Association conference in Copenhagen, also emerged at the recent technical SMM event in Hamburg.

As part of a panel looking at the impact of 0.5% sulfur bunker fuel, Exxonmobil's Iain White drew a distinction between the single-fuel era that has all but passed and the multi-fuel era just about to arrive.

"In the single-fuel world of the past 25 to 30 years, everyone has been used to having a fuel with a viscosity of 380mm2/s and a density close to the limit of 0.991g/cm3," White was quoted as saying in the Motorship publication.

A year from now, the target will be sulfur and to hit that, there will be at least some distillate in the blend

"Today, you rarely get residual fuel with a sulphur content beyond 3.50%, so the industry blends to hit those two targets.

"A year from now, the target will be sulfur and to hit that, there will be at least some distillate in the blend. So, viscosity and density won't be relevant targets anymore because they will be much lower.

"That's the challenge for the ships' engineers."

White went on to point to some additional challenges of the multi-fuel era. Fuel characteristics will not be consistent across ports or suppliers, the executive was cited as saying.

If the product comes directly from a refiner, the viscosity and density may be relatively high. If the fuel comes from a third-party blender – as it does in Singapore – they [viscosity and density] might vary dramatically while at ports far away from the main hubs, distillate fuels may be the only compliant option available.

The best insurance against fuel related problems is to have a crew well versed in handling the different aspects of bunker fuel, the panel heard.

From the start of 2020, the global fleet must use 0.5% sulfur bunker fuel or have the necessary equipment installed to reduce emissions to that level.

Creditors have until December 6 to notify liquidators of their claim.