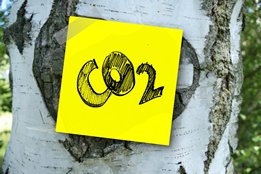 Japan Engine Corporation (J-ENG) has announced it will partner with Nippon Yusen Kaisha Line (NYK Line) on the research and development of biofuel bunkers as a route to decarbonization.

J-ENG says it plans to carry out an engine test using biofuel from Netherlands-based GoodFuels.

GoodFuels has already made numerous headlines in recent months for its carbon-neutral bio-bunkers, including a trial by Ikea, and as part of a CO2 neutral bunker service via NORDEN.

"Biofuel has been attracting attention as an alternative fuel as one of the promising renewable energy toward decarbonization and one of the solutions against the energy crisis due to the depletion of natural resources such as fossil fuel," says J-ENG.

"In addition, since biofuel emits almost no sulphur oxides (SOx) in combustion, expanded use as a marine fuel is expected."

With delegates meeting at IMO headquarters this week to discuss ways the industry can reduce its GHG footprint, J-ENG is just the latest firm to look to biofuels as a possible solution.