Look out for the Credit gap, Says Tolson 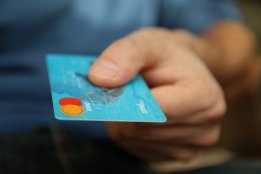 Credit: over the limit. File image/Pixabay.

Higher bunker prices from the 0.5% sulfur cap will mean greater demand for credit but it is unclear where that credit will come from.

Adrian Tolson, senior partner at 2020 Marine Energy, who has put the extra credit derived from the IMO2020 rule change at around $4 billion a month, told a recent industry event that "new suppliers" would come to the fore but they would not be extending credit to every shipowner.

"On the physical side, it will be refiners and major oil companies and there's no way they will be extending credit up and down the supply chain to every shipowner," Tolson was quoted as saying by S&P Global Platts

Market observers say that the coming credit squeeze will be felt most by smaller players while those bunker companies with the strongest balance sheets will fare best in what will be a dynamic bunker market.

Once the new rule is in place from the start of next year, the premium for a metric tonne of 0.5% sulfur compliant fuel over the 3.5% grade is thought to be around $200.

Ammonia requires 4.2 times as much tank space as marine gasoil, according to the Korean Register's data.