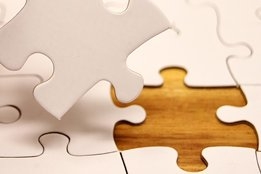 Peter Grünwaldt, VP at Hafnia Management and their Head of Bunkers, has joined a growing number of voices calling on bunker buyers to pool their buying power to help combat issues with quality, pricing, and malpractice.

While these are all historically common woes in the bunker industry, they are widely expected to be exacerbated by the upcoming IMO2020 global 0.50% sulfur cap for marine fuel.

Grünwaldt says that pooling volumes will not only benefit buyers, it will also benefit suppliers.

"For a company like ours, despite buying 1.5 million mts annually, we're still not in position to offer meaningful contracts to suppliers in every port where we potentially want to secure products – especially not for 2020. If owners combine, it will be easier to live up to quantity targets and ensure supply," Grünwaldt told Ship & Bunker.

"Both existing market players, and new ones looking to set up a physical operation could benefit from this. If they have a decent short to work around, they can focus on unit costs and running their business most efficiently, hopefully for mutual benefit, instead of getting hammered in a flaky spot market environment, or waste time chasing a high number of potential contract clients.

"I think we will see that happening in the near future - new players entering the market on the back of support from the end users."

Pooling volume has obvious advantages when it comes to unit costs and price, a fact recently highlighted by NSI's Paul Hardy who has also encouraged owners to aggregate their buying power.

But another advantage to buyers is that by joining a volume pool they become more attractive to suppliers keen to establish long-term supply relationships. This naturally lends itself to those inclined to put better service and product quality on the forefront.

"Especially in 2020, this makes a lot of sense we feel," says Grünwaldt.

"We've spoken to other owners about teaming up, or simply take their buying under our wings, creating synergy through the whole chain. Most Owners and operators we have approached are positive on the idea, but we still need to find the right set-up."

Michael Winstone, Vice President, Freepoint Commodities, is another voice who has recently encouraged buyers to pool their power.

"I think there's a feeling from some of the refiners that they've kind of got the shipping industry by hostage and that's only because the supply chain allows them to feel that way," he told delegates at the recent Platts 16th Annual Bunker and Residual Fuel Conference in Houston.

Move marks a first for both Shell and Singapore.