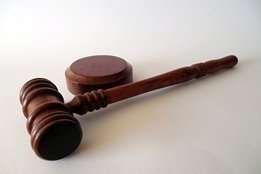 It is difficult to see how Indonesia will avoid legal consequences over its decision to not enforce the IMO2020 rule for its domestic fleet, Trident Alliance says.

Commenting in a post today on its website, the sulfur regs enforcement group essential for authorities to fully and effectively enforce the regulations if fair competition is to be maintained, and to protect health and environmental interests.

"Aside from the unfair distortion to the competitive landscape, it is unclear how a failure or refusal to enforce the new sulphur cap would not expose a state to legal consequences," Trident Alliance said.

"States, such as Indonesia, that are party to IMO's MARPOL Annex VI do not have the facility to exempt merchant vessels from compliance. Additionally, states party to Annex 6 can be held liable for non-enforcement by the other states that are party to it."

The Indonesian Ministry of Transportation has argued that the cost of complaint fuel will be too high, and that it wants to continue to let its vessels operating in the domestic trade to continue burning HSFO until supplies are depleted.

"The Trident Alliance, strongly urges any state contemplating partial enforcement to reconsider in favour of the only approach that makes lasting sense on a moral, legal and business basis; full and effective enforcement," said Roger Strevens, Chair of Trident Alliance.

Some 121 crew members were kidnapped in the Gulf of Guinea last year, according to the ECSA.