HSFO Bunkers "In The Mix For Years" 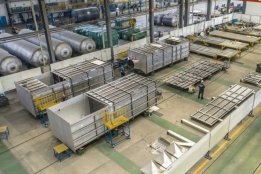 HSFO will remain part of the marine fuel mix for years to come despite the imminent introduction of a 0.50% sulfur cap for bunkers, scrubber manufacturer Pacific Green Technologies (PGT) predicts.

Forecasts of a complete demise in the use of high sulfur fuels come as part of the natural panic and scaremongering that accompanies any major change, it adds.

Further, the cost of upgrading many of the world's refineries to eliminate HSFO production is also too high, and would take too long, for this to happen any time soon.

"The refinery representatives say that people who make the investment in scrubbers in the belief HSFO fuel will be around for 20 years are sorely mistaken," says PGT.

"But HSFO doesn't need to be around for 20 years. Even if it's just available for the next five-to-ten years, while refineries slowly upgrade, the installation of a scrubber will pay shipowners huge dividends."

PGT is certainly not alone in its predictions, with the likes of the IEA forecasting flat HSFO demand out to 2023 at level about one third that it is today.

Still, what is not in doubt is that orders for scrubbers from some of the main players have fallen back from the explosive highs of last year, due in part to the perception that it is now too late to place orders for the technology.

PGT says this is not been the case for all manufacturers though, and its own order book has continued to grow.

"We are one of the few marine scrubbing companies with the scale to fulfil major orders," says Executive Director Scott Poulter.

"We now have an order book in excess of USD$200m and the technical know-how, the people and the facilities to manufacture our systems on a large scale."

A naming ban on the marine fuels group and its CEO was lifted by Denmark's Eastern District Court Monday.

The UAE oil company is reportedly looking at alternative forms of bunker fuel to fuel its fleet.

The ship will be able to run on green ammonia for 3,000 hours per year after the system is installed.