IMO 2020 the "Perfect Storm" for Litigators 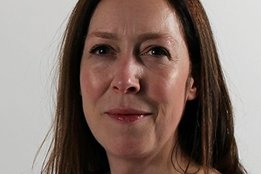 Maritime law firm Hill Dickinson has warned the new IMO2020 global sulfur cap has the potential to present "the perfect storm" for litigators dealing with disputes between owners, charterers, and bunker suppliers in cases of non-compliance.

With the current cap set at 3.5%, safely above the average HSFO sulfur content of around 2.7%, enforcement of the current global sulfur rules is considered a non-issue.

But when this falls to 0.50% from January 1, 2020, it will add a new layer of legal complexity, particularly in cases where fuel supplied is found to be marginally above the 0.50% level.

"There are a great number of issues which may radically impact on the liability situation. It's gearing up to the perfect storm for litigators," says Beth Bradley, a Hill Dickinson Partner.

"The interesting area is what happens where you've ordered a compliant fuel, it looks like a compliant fuel, but when it's tested it's just off-spec, just slightly over the 0.50% - whose responsibility is that?"

In current cases of dispute, arguments over whether problems have been caused by the fuel supplied or the way it was subsequently handled by the buyer are nothing new.

However, Bradley says the new cap will put a lot more focus on what has happened onboard.

"Owners will be fined on the basis of the Marpol sample and contractual disputes are likely to focus on the commercial sample and arguments around the applicable margin of error to test results as charterers and bunker suppliers seek to show that they delivered compliant fuel".

Further clouding the picture is that there has been little guidance as to the attitude that will be taken by authorities to marginal breaches of the new cap, the firm notes, which along with factors such as wider enforcement policies and fine levels are all up to the individual authorities to decide.

Hill Dickinson says it strongly recommends that time charterparties and related bunker supply contracts should contain carefully worded provisions to clarify bunker specifications, sampling procedures and how the potential loss of time owing to inspections and de-bunkering operations is to be shared.

"A lot of the associated risks can be managed contractually and through on-board procedures, but when disputes arise they are likely to be more complicated," says Bradley.

Left unsaid is that the increased dispute complexity means resolution will take longer, which in turn will impact the credit landscape.

"Such claims could take many months to settle, locking up supplier capital in the process," Jason Silber, founder of Marine Credit agency SeaCred, told Ship & Bunker in October.

"So the question for suppliers will be, how much of a safety net do I leave for when that happens? This is going to be a problem for everyone, no matter how big they are.

The deals could signal the rapid growth of alternative fuel supply in Singapore over the coming years.

The fuel was a B20 blend with 20% biofuel content, supplied by Queensland-based EcoTech and produced by BP Marine.

The systems will be installed in the second half of this year.