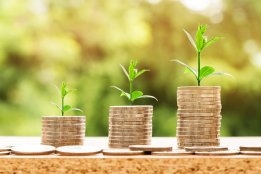 Marine fuels conglomerate Bunker Holding saw its earnings surge last financial year to a level second only to the IMO 2020 transition period in the firm's history.

The company reported earnings before tax of $103 million in the year to April 30, it said in an emailed statement on Thursday, up from $70.3 million a year earlier. The total compares with the $155.2 million seen in the 2019/20 financial year, when the disruption of the IMO 2020 transition led to healthy margins for the bunker industry as shipping firms were uncertain over the availability of the then new VLSFO blends.

Volumes gained 3% on the year, the company said without revealing the outright number. In Ship & Bunker and SeaCred's 'Top 10 Bunker Companies for 2022' report Bunker Holding's volumes for calendar 2021 were estimated at 30 million mt, little changed from the previous year.

"Creating strong results while facing adversity has become something of a trademark at Bunker Holding," CEO Keld Demant said in the statement.

"Our focus on creating value to our customers has been pivotal to our success, something that's only been made possible because of our skilled and dedicated employees."

The strong earnings came despite a difficult year for Bunker Holding in which the company faced a sanctions court case in Denmark. In December Demant was sentenced to a four-month suspended prison sentence, subsidiary Dan-Bunkering was fined DKK 30 million ($4.6 million), as well as having profits of DKK 15 million confiscated, and Bunker Holding was fined DKK 4 million for EU sanctions breaches over jet fuel trades in the Eastern Mediterranean in 2015-2017.

In May the company announced a new five-year strategy seeking to prepare it for the changing environment of the coming years. The strategy focuses on the ESG agenda, digitalisation and the optimisation of internal processes.

"This year's very satisfactory result provides an excellent platform for the rollout of our new strategy," Demant said in Thursday's statement.

"Using our leading position in the industry, it is only natural for us to be engaging with producers and suppliers of new fuel types, industries who have never been involved with the maritime industry before, and become the trusted advisory and enabling link, connecting producers and suppliers of new fuels to the shipowners, something we're very proud and confident in leading the way for."

The company also announced that Anja Monrad of Dell Technologies and Kristin Færøvik, former managing director of Lundin Energy Norway, have joined its board, while Peter Korsholm has stepped down. The board will now consist of four women and five men.

The wording of the EU's regulations may mean Russian fuel oil imports are banned as well as coal from August 10.