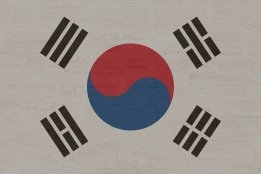 The ships will be built in South Korea. File Image / Pixabay

An unnamed European shipping company has ordered six boxships that are reportedly set to run on LNG as a bunker fuel.

Korean Shipbuilding & Offshore Engineering subsidiary Hyundai Samho has received an order from a European firm for six container ships worth KRW 1,297.6 billion ($1.078 billion), it said in an exchange filing on Tuesday. The contract is due to conclude in December 2024.

The order is likely to be of LNG-fuelled container ships of around 15,500 TEU in capacity, according to shipping intelligence service Alphaliner, citing Korean sources. The consultancy also reported unconfirmed rumours that MSC is behind the orders, either outright or through long-term charter backing.

A further order of LNG-fuelled tonnage on this scale would be another boost to the LNG bunker industry, which appears healthy in terms of demand growth but may be troubled by last year's record price surge.

Sriram Krishnaraj has joined Glander as senior purchaser in Dubai as of this week.