Dan-Bunkering Under Investigation in Syria Case 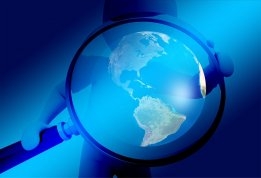 An allegation of breaching EU sanctions levelled against Danish bunker firm Dan-Bunkering, which emerged earlier this year, is being investigated by Denmark's economic crimes unit, SOIK.  Initially, the case was handled by local police.

Any involvement in the case was roundly refuted by the company at the time.

Contacted by Ship & Bunker, Dan-Bunkering said it would be co-operating with the authorities and that it would not be issuing further statements on the matter.

The case centres on a cargo of jet fuel that may have ended up being used for Russian military operations in Syria.

Fluent English speaking and writing, Spanish and any other language is an advantage.

The company is on track with the International Maritime Organization requirement to reduce its carbon emissions per transport work by at least 40% from 2008's levels by 2030, and will aim to be carbon neutral by 2050.