Outlook 2020: It's Getting Dangerous Out There 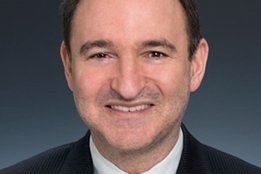 To quote Elvis Costello, you better watch your step.

It's getting dangerous out there.

Last week, the World Trade Organization slashed its expectation for 2019 global trade growth by more than half - from 2.6% to 1.2%. Trade wars, declining exports and imports, a drop in new orders from purchasing managers and Brexit are some of the culprits.

This makes 2019 the weakest year for market growth since 2009, during the height of the Great Recession.

As this is a maritime news site, lets employ some tanker imagery to understand what $272 billion really is: roughly 2,500 crude-loaded VLCCs.

somehow savvy counterparties that should have known better were left with millions in debts, despite the fact that clear danger signs ... were widely known for some time

And how would slashing expected market growth by more than half affect the liner sector? Well 146.8 million TEUs were shipped in 2018 – a figure that was expected to rise by 4.8% in 2019 – that's an extra 7 million TEU. Lopping off a little over half would leave only 3.4 million TEU, and at an average of $1,500 per TEU, liner operators might earn around $5 billion less than they might have in 2019.

According to the UN Conference on Trade and Development (UNCTAD), total sea freight income is over $500 billion annually. Now with 2.6% growth turning into 1.2%, what would've been $13 billion in extra income in 2019 would shrink to $6 billion. Ship operators would earn a collective $7 billion less revenue in 2019 than the prognosticators said they would back in April.

Some key indicators are certainly sliding: the Baltic Dry Index has been slipping for four straight weeks since reaching a high in early September; as it happens, some observers didn't think the previously escalating dry freight prices were rooted in fundamentals, but were instead propped up by tighter tonnage availability with ships out for scrubber installation. Meanwhile coal is half the price it was a year ago, and iron ore is down 25% from its July high. Crude, which spiked at $62 per barrel when drones took out a massive swath of Saudi refinery capacity, has sagged to $52 in the weeks since.

At the same time, the differential between high and low sulfur fuel widens ever-gradually, to about $150/MT. With many companies already shifting to 0.5%S, the rising fuel prices compound the decline in freight income.

Growth stalling, buyers buying less, freight markets sliding and 0.5%S rising, all make for a pungent cocktail. You've been warned: it's time to carefully monitor your customers. The financial challenges crippling Medmar, the medium-sized bulk charterer that recently shuttered, were no secret. Yet somehow savvy counterparties that should have known better were left with millions in debts, despite the fact that clear danger signs – longstanding payment delays to suppliers, for example - were widely known for some time.

Are there other Medmars out there? You bet. And you better watch your step. 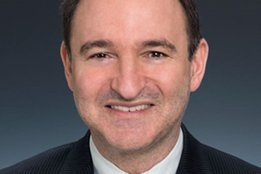 Jason Silber is head of SeaCred LLC, a marine credit and due diligence reporting agency based in NYC.

The price spread between HSFO and very low sulfur fuel oil (VLSFO) at Rotterdam narrowed by $8.50/mt to $46.50/mt Tuesday, and has been hovering around record lows for the past week.

Crude Down But Demand Continues To Grow As Lockdowns Ease