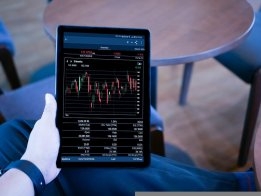 The service plans to come up with 771 end-of-day marine fuel assessments across 502 ports worldwide in partnership with the hybrid brokerage BunkerEx, it said in a statement on its website on Tuesday.

General Index will take BunkerEx's market data, combine it with other data sources and apply its technology to come up with the assessments, it said.

While the cost for the new service was not revealed, a spokesperson for General Index told Ship & Bunker interested parties could contact them to discuss their pricing requirements.

BunkerEx was acquired by USTC, the parent company of marine fuels conglomerate Bunker Holding, in March 2021.

At the time, a USTC representative told Ship & Bunker that BunkerEx would remain at arm's length, without favouring offers from Bunker Holding brands.

Low Teck Seng, senior vice president at the National University of Singapore, will take up the role of chairman from the start of next year.

The firm is looking for candidates with at least two or three years of experience in administration or the shipping industry.