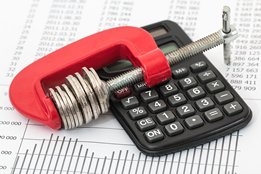 Just a month ago, plummeting HSFO prices prompted speculation that ship owners would aim for a "just in time" switch to IMO2020 grade fuel in order to maximize savings.

And there is evidence to suggest some already are.

A key factor in the new outlook was last week's attack on Saudi oil facilities.

the country will most likely need to import HSFO to replace the lost crude for the power generation market, tightening HSFO supply as a result

Although Saudi Arabia has vowed to have supply full restored by month end, IHSMarkit are among those who see the attacks causing ongoing pressure on HSFO.

As one of its Houston-based analysts explained to Ship & Bunker, the country will most likely need to import HSFO to replace the lost crude for the power generation market, tightening HSFO supply as a result.

Analysts at JBC Energy held a similar view: "The outage is likely to support physical HSFO further given a strong incentive to limit crude burning in order to free up exports for term crude commitments," they said in a note as quoted by Tradewinds.

"[S]ome fleet managers have already given orders to cease bunkering HSFO with immediate effect and instead draw down on-board HSFO bunkers in preparation for IMO."

Elsewhere, a report by Argus Thursday indicated tight HSFO supply in Las Palmas was the impetus for one buyer to make the switch early.

Unable to lift HSFO as planned, the vessel is understood to have opted instead for 0.50%S bunkers.

With the switch having been made, the shipowner says it will now not change back to burning regular 3.5%S HSFO.

Several other ports also now reporting tight HSFO supply and there is still 100 days to go until the official start of the IMO2020 global 0.50% sulfur cap on marine fuel.

The two companies are conducting a technical assessment looking into installing a Norsepower rotor sail system on the combination carrier M/V Koryu.