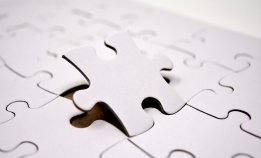 Engineering company Alfa Laval has joined a growing group of companies investigating methanol as an alternative bunker fuel, with an investment in the Liquid Wind project.

Alfa Laval has become a partner in Swedish firm Liquid Wind, which is seeking to develop production facilities for green methanol bunkers, the company said in an emailed statement on Tuesday.

"We are very happy to strengthen the Liquid Wind consortium with a world-class Swedish industrial player with unparalleled experience," Claes Fredriksson, CEO of Liquid Wind, said in the statement.

Methanol's prospects as an alternative marine fuel have had a significant boost this year after AP Moller-Maersk said its first carbon-neutral vessel would be running on green methanol in 2023.

Liquid Wind is building a green methanol factory in Örnsköldsvik that is aiming to produce 50,000 mt/year of green methanol using wind power. The facility is due to come online in late 2023 or early 2024.

A $7 million contract to investigate the wreck has been awarded to US-based Resolve Marine Group.

The cause of the grounding is unknown, but the ship may have deviated from its course because of strong winds.