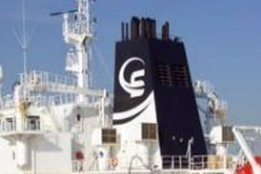 Scorpio Bulkers today said it will sell its 25 remaining vessels and exit the dry bulk sector in favour of a focus on renewables.

The firm is also looking for shareholders' approval to change its name to reflect its "transition to a sustainable future."

Scorpio says the proposed new name of the company will be announced on or before January 8, 2021.

Writing on the Wall?

The move has been on the cards for a number of months, with chairman and CEO Emanuele Lauro telling Reuters in September the firm would invest between $265 to $290 million in offshore wind farm installation vessels.

"We believe that the investment in renewables is a more attractive opportunity in the marine space going forward as opposed to dry cargo," he said.

At that time the firm's fleet stood at 49.

Deals struck since then have resulted in the recent sale of eight vessels plus contracts to sell a further sixteen vessels. Those are expected to close in the first half of 2021.

The sale of the remaining fleet, which includes 7 Kamsarmax vessels and 18 Ultramax vessels that are all now classified as held for sale, are expected to take place next year.

The move will see the Monaco-based firm record a write-down ranging from $475 million to $500 million.

As for its future ambitions, Scorpio says it has signed a letter of intent with Daewoo Shipbuilding and Marine Engineering Inc. (DSME) to build a wind turbine installation vessel to be delivered in 2023, with options to build three further similar vessels.

Scorpio, with both its Scorpio Bulkers and older sister company Scorpio Tankers, has been a prominent name in the marine fuel space for several years thanks to a focus on modern, fuel efficient vessels.

After forming in 2013, Scorpio Bulkers' journey nearly came to an end in 2016 following the disastrous dry bulk collapse during the previous year - Lauro saying at the time the crisis was at "Armageddon level".

Following its survival, the company subsequently became a major talking point as part of the original scrubber debate - back when the discussion was only about whether the tech made economic sense - as Scorpio switched from mild-sceptic to ordering some 140 units across its combined tanker and bulker fleets.

At the time the order represented as much as 16% of the entire scrubber market.

Scorpio remains a major bunker buyer despite the sale of its dry bulk fleet, with Scorpio Tankers currently boasting a fleet list of 137 vessels plus one newbuild on order.

The company has installed one of the supply measurement systems -- designed to be more accurate than other methods to measure supply quantity -- on board the Vemahonesty.

The Sapref refinery near Durban, run jointly by Shell and BP, has been shut down because of safety and logistical concerns.

The firms will seek to develop a small-sized model by the second half of 2022.