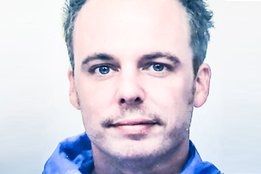 Fuel additive firm FuelSave today has lashed out at liquefied natural gas (LNG) bunkers and low sulfur marine fuels in general, believing that when the new "IMO 2020" global 0.50% sulfur cap comes into force in 2020 the industry will still be burning high sulfur products.

"High sulphur fuels will remain the industry's favoured fuel until methanol and hydrogen-based alternatives have attained commercial viability.  Until then, the pursuit of LNG is just throwing good money after bad," says Marc Sima, the founder and CEO of Germany-based FuelSave.

Sima says he agrees with the recent findings of a study by the UMAS consultancy that found LNG bunkers would only provide a 6% reduction in ship greenhouse gas emissions by 2050 compared to the diesel it replaced, falling short of the industry pledge to reduce its emissions at least 50% by 2050 compared to 2008 levels.

For the record, LNG bunker advocacy group SEA\LNG has said assessing LNG purely from a GHG perspective "is not responsible".

Debate over LNGs GHG performance aside, its near-zero sulfur emissions does mean it is a highly suitable candidate for IMO 2020 compliance.

But Sima believes that no kind of low sulfur bunkers will become the industry's primary fuel source in 2020.

"I really can't see the global fleet switching across to low sulphur fuel in little under two years' time. Not only would shipowners have to make sure their engines are compatible with the fuel in time, but assuming they are, they would have to revise their supply chains, evaluate compatible lubricating oils, and then sit back and watch their operating costs increase. It just won't happen," he says.

"Low sulphur fuels may be today marginally more expensive than LNG, but should the industry make the switch en masse, what are the refiners going to do, reduce the cost? I doubt it."

Instead, Sima advocates the use of HSFO and scrubbers for compliance, along with the use of his firm's fuel additive.

Scrubbers remove the SOx from the exhaust emissions, enabling the vessel to achieve an equivalent method of compliance while burning otherwise noncompliant fuel.

Sima's comments come in deep contrast to more conventional industry thinking, with the majority of vessels on course to switch to using compliant low sulfur fuels when the new rules come into force on January 1, 2020.

While both scrubbers and LNG have, for the most part, been enjoying mostly favourable press of late, the reality is that the January 1, 2020 deadline is now too close for either technology to be a majority solution for the industry.

The fire broke out in the engine room of the boxship Cape Kortia on its way to the PSA port in the Pacific on Monday morning.

The US government's transport decarbonisation strategy cites onboard carbon capture systems as a promising technology.