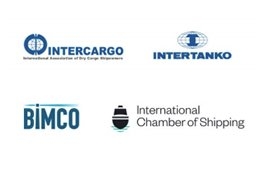 At a round table event last week, representatives from BIMCO, International Chamber of Shipping (ICS), INTERCARGO, and INTERTANKO said there was also concern about the safety and compatibility of those fuels.

"The Round Table leaders called on all parties, including charterers, bunker suppliers and nation states to double their efforts to ensure a smooth transition," the quartet said in a statement following the meeting.

With the so-called publicly available specification (PAS) for IMO2020 grade fuels still yet to be released, the group also reiterated what is said was an urgent need for fuel standards to be put in place ahead of January 1, 2020.

“The industry has been working hard to ensure that we are ready for 1 January 2020 but we still have major concerns over safety and availability of compliant fuels," said Dimitris J. Fafalios, Chair of INTERCARGO, who chaired the meeting.

"We need all parties to fully play their part, it would not be acceptable to have even one ship drifting powerless at the mercy of the ocean. Shipping is a highly integrated and efficient industry and we rely on many stakeholders in the value chain, particularly fuel suppliers and oil refiners to ensure we are all able to benefit from the long-term health benefits that this will bring.”

The Associations' concerns come in contrast to more upbeat conclusions on IMO2020 bunker supply that were voiced at a recent event in Singapore.

Mustafa Muhtaroğlu, CEO of local supplier Energy Petrol, is due to talk about the Turkish market and the wider bunker industry at the IBIA Annual Convention 2020 in November.

Only Total's boss envisioned good news in the form of declining inventories.