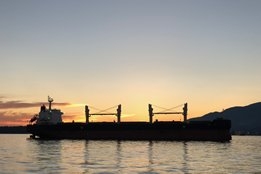 Concerns over the supply and quality of IMO2020 compliant bunkers is fading, with VLSFO now set to be the most popular product in 2020.

This is the latest thinking of industry participants speaking last week at an event in Singapore.

As recently as March, market commentators such as The International Energy Agency (IEA) has seen MGO as the dominant fuel choice once the new 0.50% sulfur cap for bunkers comes into force on January 1, 2020.

"The closer we get to 2020, the more it seems there will be more low sulfur fuel oil than people previously thought," StarFuels' Matt Stanley was quoted by Reuters as saying.

Not only is it becoming apparent that suppliers will make the new product available, analysis such as that conducted by Bunker One in May has added to a growing body of evidence that suggests quality concerns over VLSFO may be overstated.

Most of the fuels available are stable, fit for use, and in general of good quality

"It's being tested left, right and centre. Most of the fuels available are stable, fit for use, and in general of good quality," said Lars Malmbratt, General Manager for Bunker Procurement at shipowner Stena Bulk.

Another factor helping the attractiveness of VLSFO is its price.

While early predictions suggested it would have a premium of some $200/mt or more over HSFO, tanker owner Euronav last week said it has been paying just $47/mt more than HSFO to build its stockpile of 0.50% sulfur fuel.

This is not to say all buyers will migrate to MGO, and Sharon Weintraub, BP's CEO for Supply and Trading, Eastern Hemisphere, told Reuters they still expect a proportion of more conservative customers will still switch to distillates.

MGO will remain the most expensive choice for compliance, but there are signs that even this cost could be lower than originally thought.

"The (gasoil) market is facing less of a squeeze than we had previously feared," Reuters quoted Emma Richards, Senior Oil & Gas Analyst at Fitch Solutions, as saying.

This is thanks to an overall slowdown in global trade, which will weaken overall demand for diesel as well as marine fuel demand as a whole, she added.

Taiwan: 380 CST Dropped From Some Ports

But supply to continue at Kaohsiung.