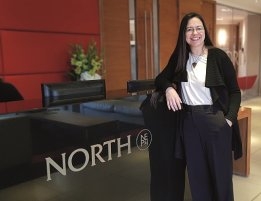 Disputes over bunker sulfur content are at the top of the list of shipowners' issues with IMO 2020 implementation so far, the North of England P&I Association Limited (North P&I Club) told Ship & Bunker Monday.

Disputes arising from the sulfur content of a fuel being tested at levels above that mentioned on the bunker delivery note are a key concern of the P&I club's members, according to Tiejha Smyth, the club's deputy director for freight, demurrage and defence.

Also high on the list of members' concerns are redelivery disputes over the type and quantity of bunkers delivered on board, and charterparty disputes over 2020 compliance preparations, Smyth said in emailed comments.

"Going forward, we anticipate that there will be many more disputes concerning bunker availability, quality, and sulphur content."

"Going forward, we anticipate that there will be many more disputes concerning bunker availability, quality, and sulphur content," Smyth said.

"We also anticipate disputes concerning scrubber breakdowns and preparing vessels for the carriage ban on 01 March 2020.

"However, it's still too early to call."

Under the International Maritime Organization's definition, any bunker fuel tested above 0.50% in sulfur content can now be considered non-compliant with the UN body's Marpol Annex VI regulations.

But commercial terms widely used in the bunker industry would traditionally allow for a more lax interpretation, with sulfur levels up to 0.53% potentially being acceptable without resulting in claims.

The discrepancy between these two limits has the potential to lead to numerous sulfur content disputes this year.

Complicating matters further is the possibility of improperly cleaned barges, tanks and pipes that previously handled high sulfur fuel oil making fuels that were delivered at 0.50% sulfur considerably dirtier by the time they reach the ship's engine.

North P&I Club members have also reported unexpected delays in emission control areas of ships with HSFO on board, not enough low-sulfur fuels and with no compliant fuel available at nearby ports, according to Smyth.

Among other members' concerns are how to discharge HSFO before the IMO's non-compliant fuel carriage ban comes into effect in March, delayed and defective scrubber installations, and disputes with charterparties over how to deal with fuel non-availability, Smyth said.