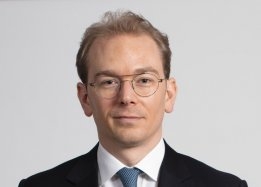 A second senior executive has left bunker supplier TFG Marine after the departure of its CEO last year, according to maritime news provider ShippingWatch.

Jacobsen declined to comment on the report when contacted by Ship & Bunker on Tuesday, and a spokeswoman for TFG Marine was not immediately available for comment.

In December the company said it had increased its bunker sales to 540,000 mt/month, and would look to add bunker operations in the US Gulf, the Mediterranean, South Africa, the Middle East, China and South Korea in 2021.

Meanwhile, Russia's economy is climbing out of its Covid lockdown hole.

"There will be consequences if oil prices climb."