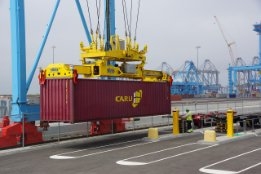 Bunker demand has fallen, but not in all markets. File Image / Pixabay

Bunker demand in the US may have dropped by as much as 20% to 30% for parts of this year, according to one estimate reported to the International Bunker Industry Association (IBIA) from its membership.

The assessment, which IBIA says is based on discussions with its members about COVID-19 impacts as at the end of April, indicates the US drop was particular prominent along the East Coast.

The more severe drop is likely to have been in March and April, when the COVID-19 pandemic was having a global impact on shipping.

Globally, many smaller ports have seen volumes fall, but as Ship & Bunker reported in May, sales in larger markets including Singapore, Rotterdam, and Panama have risen.

IBIA suggests it is not only larger ports, but also larger bunker companies are faring better than their smaller counterparts in the current downturn.

"Some of the larger bunker market operators have seen steady or growing bunker sales in Q1 of 2020 compared to 2019. Some have seen fewer enquiries but stem sizes have gone up meaning overall volumes have nevertheless increased," IBIA director Unni Einemo wrote in a post last month.

"Again, this may be due to consolidation as buyers seek out supply companies that they feel are financially secure and can offer a full range of products."

"At present, many staff members working from home also have to look after children that can't go to school during lockdowns, and companies may have fewer staff available," she said.

Analysis from market watchers including Ship & Bunker and IEA have both pegged bunker demand to have dropped around 8%, while marine fuels consultant and former IBIA chairman Robin Meech sees demand falling 7% for 2020 as a whole.

The organisation will launch its introductory guide to ammonia as a marine fuel during the SIBCON events in Singapore in early October.