US Energy Coalition Calls for Timely Enforcement of IMO2020 Rule 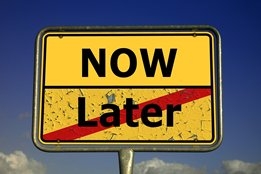 In an open letter to the Whitehouse today, the recently formed Coalition for American Energy Security (CAES) has called on US authorities for a "timely implementation" of the upcoming IMO2020 rule.

"Imposing the standards in a timely manner will serve as a tremendous boost to the United States economy while simultaneously benefiting the environment and human health," said CAES.

The U.S. is ready, so let's move ahead without delay or modification

The group also built on its message delivered last month that the US could be a world leader in provision of compliant fuel.

But as Ship & Bunker highlighted last month, how the new global sulfur cap on marine fuel will be enforced remains one of the big unknowns. There has also been speculation that some authorities could be deliberately lax on enforcement so as to not drive up land-based fuel prices.

"We've seen some hyperbolic, and flawed, analyses by market analysts concerning the consumer price impacts of IMO 2020," CAES wrote, noting that the latest outlook from EIA is initially only a slight increase in diesel retail prices. Any price changes following IMO 2020 will quickly diminish over time.

"The U.S. is ready, so let's move ahead without delay or modification."

We4Sea builds a digital model of a ship to allow its operator to monitor its fuel efficiency performance in real time.