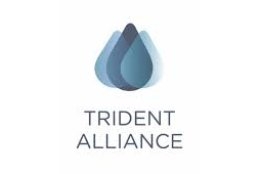 Emissions enforcement lobbying group the Trident Alliance was wound up at the end of 2020, a year after the 0.50% sulfur limit came into force.

The organisation was wound up and its website shut down at the end of last year, Roger Strevens, formerly chairman of the Trident Alliance, has confirmed to Ship & Bunker.

But the backers of the lobbying group are keen to stress that more work needs to be done to ensure equal enforcement of the rules.

"Although the work of enforcement is never done, the situation has now normalised, with due attention being paid to it by all key stakeholders," Strevens said.

The Trident Alliance was set up in 2014 ahead of the 2015 introduction of the 0.10% sulfur cap within emissions control areas (ECAs) with the aim of supporting robust enforcement of the new sulfur rules and to create a level playing-field for all of the shipping industry.

The situation has now normalised, with due attention being paid to it by all key stakeholders.

At the time concerns were being raised about a two-tiered shipping market emerging, with the biggest companies and those most concerned with their public image being forced to comply, and others being able to get away with breaking the rules at least some of the time.

Some of the industry's major players, including Maersk, Wallenius Wilhelmsen, Oldendorff Carriers, Cargill, Ultrabulk, Hapap-Lloyd, J.Lauritzen, Odfjell, Fednav, and Scorpio were among its 50+ strong membership.

Forecasts of non-compliant HSFO demand after 2020 reached as high as 20% in the past few years.

Those concerns began to dissipate as IMO 2020 drew closer, the ban on the carriage of non-compliant fuels came into force and it became clear that any ships visiting the major ports would be unlikely to get away with non-compliance.

In an interview with Ship & Bunker early last year, Strevens said the industry would need to follow HSFO sales at ports that publish official volumes data to determine whether non-compliance was happening at a significant scale.

Singapore's data show HSFO sales there were 21% of the total for January to November of last year. At Rotterdam the share was 32.3% for the first three quarters, and in Panama the January-November share was 14.4%.

Global demand for HSFO from ships with scrubbers is currently around 15% of the total market, according to an estimate from Adrian Tolson of BLUE Insight. But this demand is likely to have piled up at the largest hubs over concerns around availability at smaller ports, meaning the higher ratios for Singapore and Rotterdam last year are unlikely to have been from non-compliance.

In last year's interview Strevens said the Trident Alliance was unlikely to start campaigning on decarbonisation regulations for shipping.

"The Trident Alliance is unashamedly focused on one thing only -- that's full, effective enforcement of sulfur regulation," he said.

"One of the key reasons that it is focused on that alone is that there's a natural alignment in the membership.

"You don't join the Trident Alliance if you don't think that issue is important.

"Once you take on other issues you lose that natural alignment," he added.

"You may have a company saying, we agree with you on sulfur, but we don't agree with that approach to greenhouse gas."