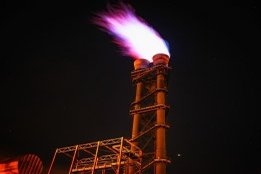 Shipowners are likely to plumb for distillate bunker fuel over other fuel types to meet the new global sulfur cap when it comes into force at the start of 2020, a US bank has predicted.

The report from the Bank of America Merrill Lynch chimes with a large swathe of opinion in the shipping and oil refining sectors pointing to distillates as the short term fuel of choice for vessel operators.

"Distillates are going to be the clear winner of the policy change," the bank's report was quoted as saying by maritime news provider Lloyd's List.

In the bank's view, other energy solutions were unlikely to make much headway. The use of liquified natural gas (LNG) as bunker fuel is extremely rare while the delivery infrastructure for LNG bunkering is non-existent.

Neither is the refining sector ready for the changes ahead. "Fuel oil can be desulfurised using hydrogen or other catalysts but refineries do not possess enough hydrotreating capabilities, nor are they investing in it."

According to the bank's estimates, an extra 1.2 million (m) barrels per day (b/d) of marine gasoil demand would emerge initially after January 2020, while demand for 2.1m b/d of high sulphur fuel oil could be at risk.

Of the current 4.9m bpd of global bunker consumption, 72% is high sulphur fuel oil and 25% distillates, according to the report.

However, given the downward price pressure on high sulfur fuel oil (HSFO) post-2020, demand for exhaust abatement equipment, more commonly known as scrubbers, could strengthen. The bank's forecast says that up to 10,000 ships could be using scrubbers and burning HSFO by 2025.

Egyptian and UAE firms to co-operation on green hydrogen production for bunkering.

The firm is looking for candidates with business development experience to grow its yacht fuelling business.