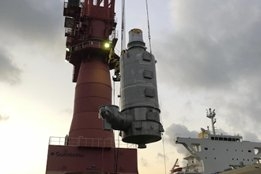 IMO is looking to harmonize rules on scrubber discharge as part of its Marine Environment Protection Committee (MEPC) process.

IMO says the new output, "Evaluation and harmonization of rules and guidance on the discharge of liquid effluents from EGCS into waters, including conditions and areas", was agreed at this month's MEPC74 and has a target completion year of 2021.

"PPR 7 is expected to further review the documents that were submitted to MEPC 74 in relation to the newly approved output, with a view to refining the title and scope of the output and will report the outcome of its consideration to MEPC," IMO added.

The move follows a public war or words over the use of scrubbers as a compliance solution for marine sulfur regulations that began last year after the upcoming IMO2020 rule prompted a surge of interest in the technology.

Scrubber skeptics have jumped on the decisions by Singapore and Fujairah to ban the discharge of scrubber washwater within their waters, albeit without a public explanation as to how their decisions were made, while advocates point to nations such as Japan, who have said the use of scrubbers is actually preferable to simply burning 0.50%S bunkers alone.

Some industry voices, including the UK Chamber of Shipping, have suggested the recent pushback on scrubbers is based more on commercial pressures.

But with the review ahead, presumably all stakeholders will welcome IMO's assurance that it is looking at the science of scrubbers before proceeding with any changes to the rules.

"The MEPC requested that, subject to sufficient external funding being provided by Member States and other stakeholders, a GESAMP task team be established to assess the available evidence relating to the environmental impact of discharges of exhaust gas cleaning system effluent, with a view to reporting its findings to PPR 7."

The company is looking for candidates with two to four years of experience in shipping, commodities or marine fuels.

The company expects to make its first delivery in the next few days.