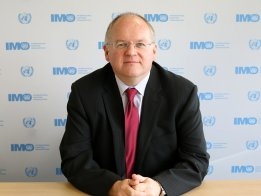 Edmund Hughes, up to this month the International Maritime Organization's (IMO) head of air pollution and energy efficiency, has waded into the debate over the black carbon emissions of the new very low sulfur fuel oil (VLSFO) blends.

An IMO document submitted by the German and Finnish delegations is currently being widely discussed in the industry, as it suggests some VLSFO blends with high aromatic content have higher black carbon emissions.

Environmental groups have called for a ban on fuels with high black carbon emissions.

"My understanding is that the criticism is based on the results of one stufy in late 2018 using test fuels that may not reflect by far the majority of VLSFO being supplied to market now," Hughes said in comments on LinkedIn Thursday.

"Indeed, the expectation is that rather than being aromatic, the fuels supplied are more likely to be paraffinic in nature."

Calling for more evidence on the subject, Hughes said "as yet I have not seen or heard of any to support the view that this is a significant problem."

Hughes's comments echo what most in the bunker industry have said on the subject so far.

Charlotte Rojgaard, head of the Verifuel bunker monitoring service run by classification society Bureau Veritas, said last week that after testing thousands of VLSFO samples, none had been shown to have higher aromatic content than high sulfur fuel oil.

Wärtsilä will provide the LPG fuel supply system for the ships.