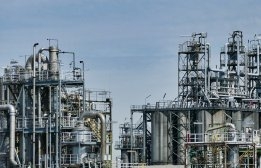 And according to a new study published by the organisation, the opposite seems to be the case.

Europe's oil giants -- Shell, BP, Total, ENI and Repsol -- are investing in hydrogen, but only part of that investment is truly 'green', T&E said

"Instead of wasting their time on easy, short-term solutions, oil refiners should switch to producing green hydrogen and e-fuels for ships and planes today," Decock added.

T&E is an advocate for green hydrogen for ships. The group has argued that regulation should help low-carbon fuels such as green hydrogen to get established as a commercial proposition.

The firm is looking for candidates with fluent Danish and English, project management skills and preferably experience at sea as an engineer or navigator.

The TFG Marine portal was used to monitor a recent bunkering of a Golden Ocean vessel.